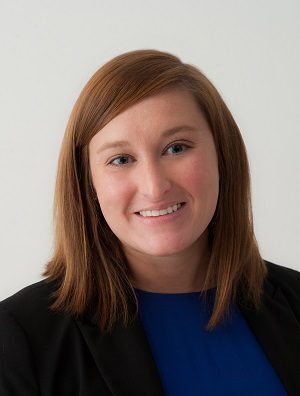 Maggie has always had a passion for children.  This passion developed after observing the care and compassion her mother, a retired Dawson County kindergarten educator, exuded upon all her students.  During college, Maggie was employed as a day camp counselor when she decided to attend law school because of several situations she witnessed among her campers and their families.  Maggie realized she wanted to be an advocate for children and families, fighting for the best interests of every child.  At Vayman & Teitelbaum, she knew that she would be surrounded by like-minded attorneys who are also passionate about helping families in crisis.

Maggie received her law degree from Thomas Goode Jones School of Law at Faulkner University in 2013.  While in law school, Maggie was a member of the Board of Advocates, member of the American Association of Justice Trial Team, and named Best Overall Advocate in the Charleston School of Law Mock Trial Competition.  While in law school, she gained litigation and family law experience as a law clerk at a reputable Georgia general practice firm with locations in Gainesville and Atlanta.  At this multi city law firm, Maggie performed legal research and conducted discovery projects and analysis for a variety of domestic and criminal cases.

Before joining Vayman & Teitelbaum, P.C., Maggie was an associate at two prominent Atlanta civil litigation firms, handling thousands of cases.  She has argued, tried, mediated, and arbitrated cases throughout Georgia and has trial experience in state and federal court.

Maggie is a member of the State Bar of Georgia and is admitted to practice in the Supreme Court of Georgia, the Georgia Court of Appeals, and the U.S. District Court for the Northern District of Georgia.

Maggie is an active participant in her community and has been involved in multiple non-profits.  For the past several years, she has served as a youth group leader at Christ Church Suwanee, PCA.  Maggie has served as a grant writing chair and as a fundraiser committee chair for the Junior League of Gwinnett & North Fulton Counties, an organization of women committed to promoting voluntarism, developing the potential of women, and improving communities through the effective action and leadership of trained volunteers. She has also served as a volunteer judge for the Georgia High School Mock Trial Competition.